An update from writer/director Parker Brennon:

The Hauntology team returned from Hocking Hills, Ohio this weekend, where we filmed the second segment of the movie, called “Witchcraft Becomes Her.” This story is particularly close to my heart, and I’m happy to say, we were once again blessed with a beautiful and successful production. 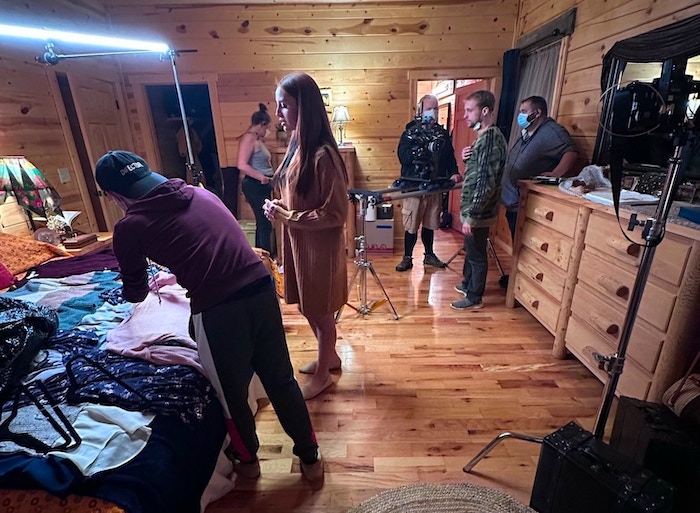 Cast and crew prepping for one of Zoey Luna’s scenes

We filmed for five days, from October 17th to 21st, and we had a wild variety of weather. One night, it even snowed. Luckily, we were filming inside. The best luck of all was on the last day because we had our warmest night yet for a big ritual scene in the backyard. 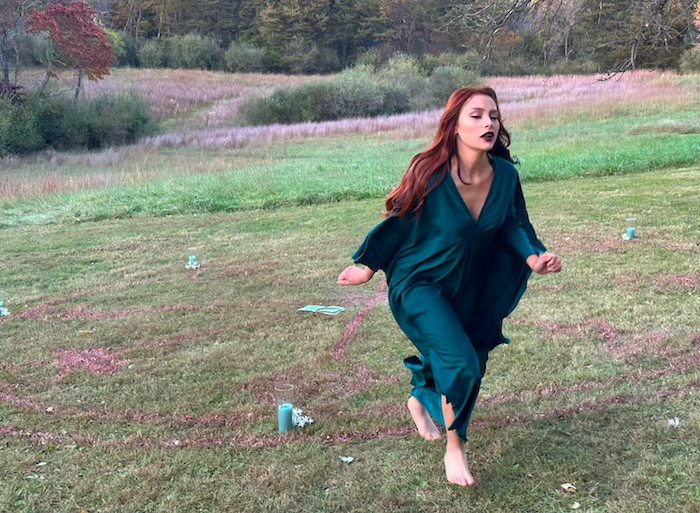 Many of our crew from our August segment, The Day Mabel Came Out of the Grave, returned for this segment, but we had some new faces, too. In addition to our new cast members, we had a script supervisor, 1st Assistant Camera, new makeup artists, and more. Everyone was a joy. 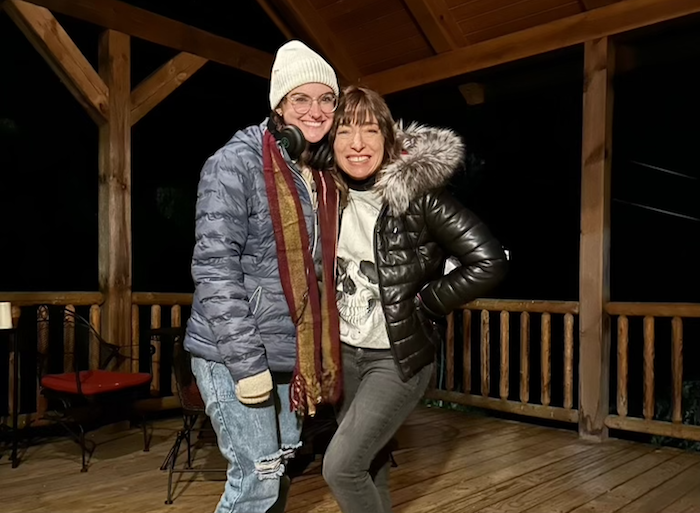 I walked away from this shoot with many fond memories. I’m sure the rest of our cast and crew did, too. Now, we move on to prep for segment 3 in early December. Wish us luck!